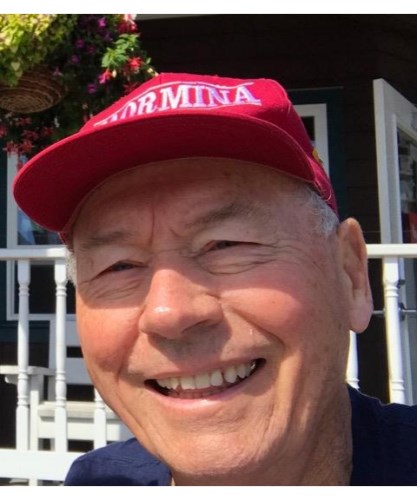 Joe grew up in Akron, Ohio. His parents, Joseph and Inez Clements, divorced when he was an infant. His mother later married Callicrate Lisotto, whom Joe described as a true father figure who proved instrumental in the development of his character.

Joe graduated from Ohio State University with a degree in mathematics and an obsession with Buckeye football. He earned an M.S. in management from Regis University in 1995, and relished his later involvement, as both a student and volunteer instructor, with the Osher Lifelong Learning Institute. A relentless reader, Joe always seemed to be in the midst of an exhaustive historical tome or hefty presidential biography weighing at least five pounds.

Joe met the love of his life, Janice Ringlein, in college. They married on Thanksgiving Day, 1963, and in time welcomed three children. Joe found work in the insurance industry. As his career advanced, the young family moved often. Joe and Janice ultimately settled in Castle Pines, Colorado, where Joe ended his corporate era as Assistant Vice-President and Rocky Mountain Regional Director for Continental Insurance.

Joe's inquisitive nature made him a natural traveler. He instilled a sense of adventure in his children with two-to-three week camping trips and visits to national parks and historic battlefields. Travel brought immense joy to his life, as he and Janice explored all 50 states and 45 countries together.

Joe developed a deeper spirituality near the end of his life. He and Janice became active members of Emmaus Anglican Church in Castle Rock, Colorado. The Emmaus community rallied around the couple when Janice was diagnosed with cancer, and supported Joe when he suffered the loss of his wife of 53 years.

As a solo traveler, Joe registered for a group tour of Morocco, where in March 2018, he met Barbara Leahy, a retired teacher and widow. The two discovered they had much in common, and were blessed with a second love that led to marriage later that year. Joe relocated to Barbara's community of Boulder City, Nevada, and together they packed in visits to Iceland, Turkey, Scotland, England, as well as locales in the US, until Joe's health demanded that he slow down. After his illness grew severe, Barbara cared for him at home until his death.

A funeral service will be held in Colorado at a later date, when it is safe for travel and gathering. Services are pending.
To plant trees in memory, please visit our Sympathy Store.
Published by Boulder City Review on Aug. 6, 2020.
MEMORIAL EVENTS
No memorial events are currently scheduled.
To offer your sympathy during this difficult time, you can now have memorial trees planted in a National Forest in memory of your loved one.
MEMORIES & CONDOLENCES
2 Entries
We met Joe, when he traveled with us on the Camino de Santiago in Spain, as a widower traveling with his daughter, Barbara. We then saw him in Sicily, Italy when he was newly in love after his Morocco trip and lastly in England in the Cotswolds with his delightful second wife, Barbara. We enjoyed hearing about Joe's life experiences and he was always interested in what was going to happen next when on tour! He had a real zest for life. We feel privileged to have known him. He will be missed!
Caroline and Pino Nobile
Friend
August 17, 2020
Joe and Janice ran around with us in college. They married one month before Kay and I married. We were at their wedding and they were at ours. Very special memories of very special friends. They may be gone but they are not forgotten.
Chuck and Kay Jenkins
Friend
August 6, 2020