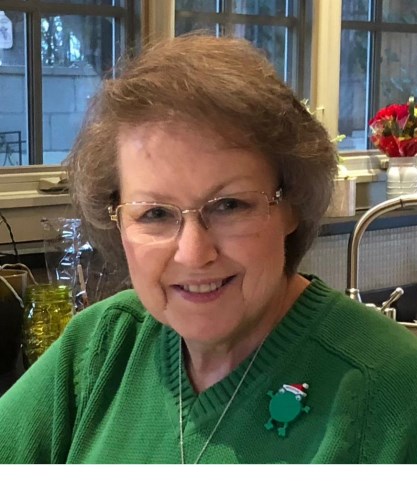 BORN
1948
DIED
February 20, 2021
Linda Louise Noel, 73, a homemaker, passed away Feb. 20. She was born February 2, 1948, in Brisbane, Australia, to Walter and Hazel Wright. Her family moved to Boulder City, NV in 1956 where she graduated Valedictorian of the Boulder City High School Class of 1965. She earned her bachelor's degree in English in January 1969, being part of UNLV's first graduating class (it had previously been named Nevada Southern University) and remained a Rebel fan throughout her life. In 1973, she married Dr. John Robert Noel and worked with him in his veterinary practice before transitioning to a full-time homemaker with the birth of their first child, Hillary, in 1981. Ian and Kayley soon followed. She was a devoted wife and mother. Linda loved to travel and with her family by her side, visited many countries all over the world, including several trips to Great Britain. She was a life-long Anglophile and her knowledge was vast. John and Linda were charter members of the Green Valley Presbyterian Church and she will always be remembered for her love of God and her unwavering faith. Linda is preceded in death by her parents; sister, Susan Murphy; and her son, Ian Noel. She is survived by her husband; daughters, Hillary (Josh) Brimhall, and Kayley Ferguson, both of Boulder City; several nieces and nephews; and many relatives in Australia. Services will be held Saturday, April 24, 2021, at Green Valley Presbyterian Church, 1798 Wigwam Parkway, 8 9
To plant trees in memory, please visit our Sympathy Store.
Published by Boulder City Review on Apr. 8, 2021.
MEMORIAL EVENTS
Apr
24
Service
Green Valley Presbyterian Church
1798 Wigwam Parkway
GUEST BOOK
0 Entries
Be the first to post a memory or condolences.